Did you know that there are still some people out there who watch Sky HD by passing it through their VCR in a SCART loop? Yup.

People often get themselves all tangled up (yes I said it) when it comes to cables. How do we know which is the right one to buy, and once we’ve decided, how much should we spend? Below is a short basic guide to cables from a gaming perspective which will hopefully help you make the right choice when looking to get the best from your retro or modern gaming console.

The RF lead is perhaps the lowest quality cable you can use for any system. It was shipped with most consoles in the 90’s because it was pretty much guaranteed to work with any Television set. It plugged directly into the antenna socket and offered a pass-through for your existing Terrestrial TV aerial. It wasn’t a plug and play solution requiring you to tune your TV to the correct frequency in order to see any video output. The quality suffers because both analogue video and sound are compressed into one cable. Additionally all of the video information (Red Green Blue and Brightness) were sent over one channel.

If you were a gamer in the 90’s or early 2000’s and you went for a Composite cable as your solution, you were at the very least stepping in the right direction. The appearance of the cable gave the impression that you were doing your utmost best for you console, with the three separated plugs, satisfyingly snug in the back of the TV, surely this was the bees knees of audio video cables? Wrong. From an audio perspective the Composite cable did a great job. The red and white cables offered full stereo support and could even pass through Dolby Pro-Logic to a dedicated receiver. The downfall however is in the video connection. Only a step up from RF, it offered a cleaner picture but the RGB and Brightness channels were still being fed through one connection compressed and muted.

Used more internationally than in the UK S-Video is a slight step up from Composite in that the RGB channels and brightness are carried on separate connections, more information to the television made for a better image overall. For people in the states who do not have access to SCART, then this is the go to cable for retro gaming.

SCART was a french/european standard which became a massive success on the continent but failed to make much of an impact in the rest of the world. Although the connectors are big and bulky, a fully wired RGB SCART Cable is without a doubt the best way to play classic consoles on a CRT TV, all of the RGB and Brightness channels are fed independently as is the stereo sound. The picture will be as clean and pure as it can be. There are some things to watch out for. As standard, the Nintendo 64 for example cannot output RGB video and in some circumstances no video will be seen at all when using a fully wired SCART cable, in which case a standard SCART can be used (pins will be missing from the connector) however you’ll essentially be using composite just in a different format. The two different types of SCART cable trip up people on a regular basis so it’s always worth checking the pins before you buy. The Megadrive, SNES, PS1, Neo Geo, Saturn & Dreamcast all support RGB start out of the box so if you own one of these consoles and you’re still using RF or Composite, you’re an idiot.

This is where it starts getting interesting. A component cable is one of the few analogue cables capable of transmitting HD quality video to your television. Component cables do not carry any audio and all three leads are dedicated to RGB along with a few other signals that ensure correct fidelity. With a component cable you can get 1080p from a PS3 or an Xbox 360 and even the Gamecube and PS2 can output high quality signal depending on the game (the US version of Gran Turismo 4 is a fine example). The only downsides to component are the price and lack of HDCP support meaning any copy protected HD content (including games) will not display. If component is your only option, or you want to get the absolute best from your early 2000 gen hardware then don’t feel down. They provide fantastic picture quality and more often than not the cables are provided with an audio solution too!

Thankfully HDMI is becoming the standard for modern consoles and devices. Providing picture perfect HD video and audio, it’s by far the best solution for connecting a console if it’s available. You needn’t worry on the quality of the cable, as long as it works you’re doing just fine.

The Sega Dreamcast was an awesome machine, with pioneering internet capabilities and a fantastic library of games, it’s an Out Of Control favourite. One of its dirty little secrets however is the inclusion of VGA support for some titles. If you can track one down, they’re well worth the effort. The VGA cable will provide a 480p output with an incredibly clear image. This does mean you’ll have to feed the audio into your TV or home cinema in a different way but most of the popular VGA adapters for Dreamcast will provide a myriad of solutions.

What if I want to use old consoles on modern TV’s?

A good question. On most TV’s, fully wired RGB SCART will look pretty acceptable, but you’re still going to be stretching the original output to a resolution way beyond what was ever intended. A good solution for this is an Upscaler. These clever little boxes take whatever video you put in and convert them to a high quality HD image using a range of filtering techniques to make the video look as good as possible. They’re not perfect but they can make retro gaming on an HD TV a little more pleasant. Here at OOC we use one of these. It’s cheap and cheerful and although there are better devices out there on the market such as the X-RGB, it does a pretty good job. The only thing you have to ensure is that you’re putting in the highest quality video you can so RGB SCART is always recommended where possible. 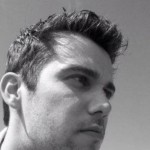 Playing GoldenEye with a mouse and keyboard is amazing!